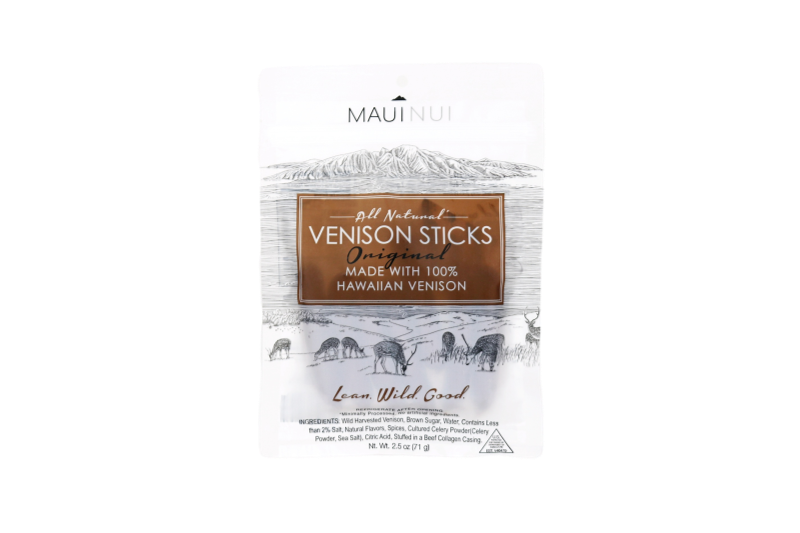 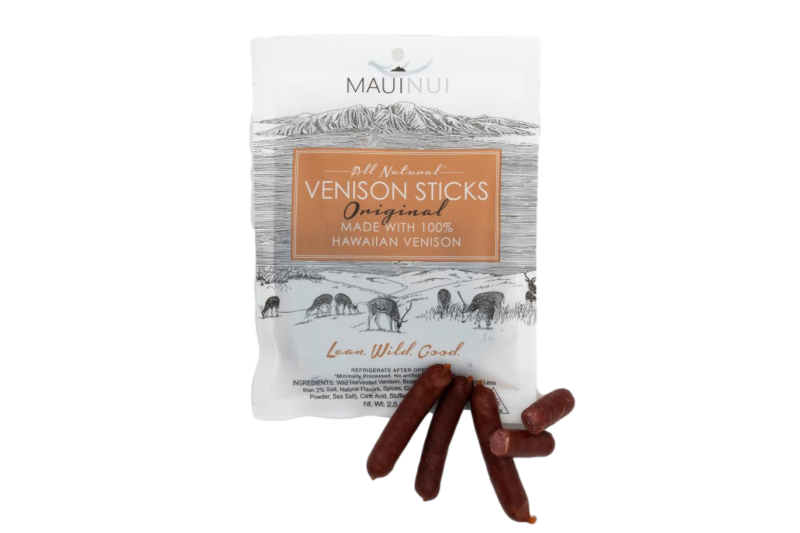 Sourced from 100% wild Axis deer. Because these deer roam free their entire lives, they enjoy a naturally varied diet packed with essential nutrients.

Add to Delivery
Truly wild venison, harvested using stress-free methods, offers up a difference you can taste. With seven sharable sticks per bag, these tender, flavorful venison snacks are spiced to perfection with wholesome ingredients you can feel good about enjoying. Easy to share or reseal and save for later!

USDA inspected, free of gluten, MSG and nitrates, and packed with 7 grams of protein in every serving. 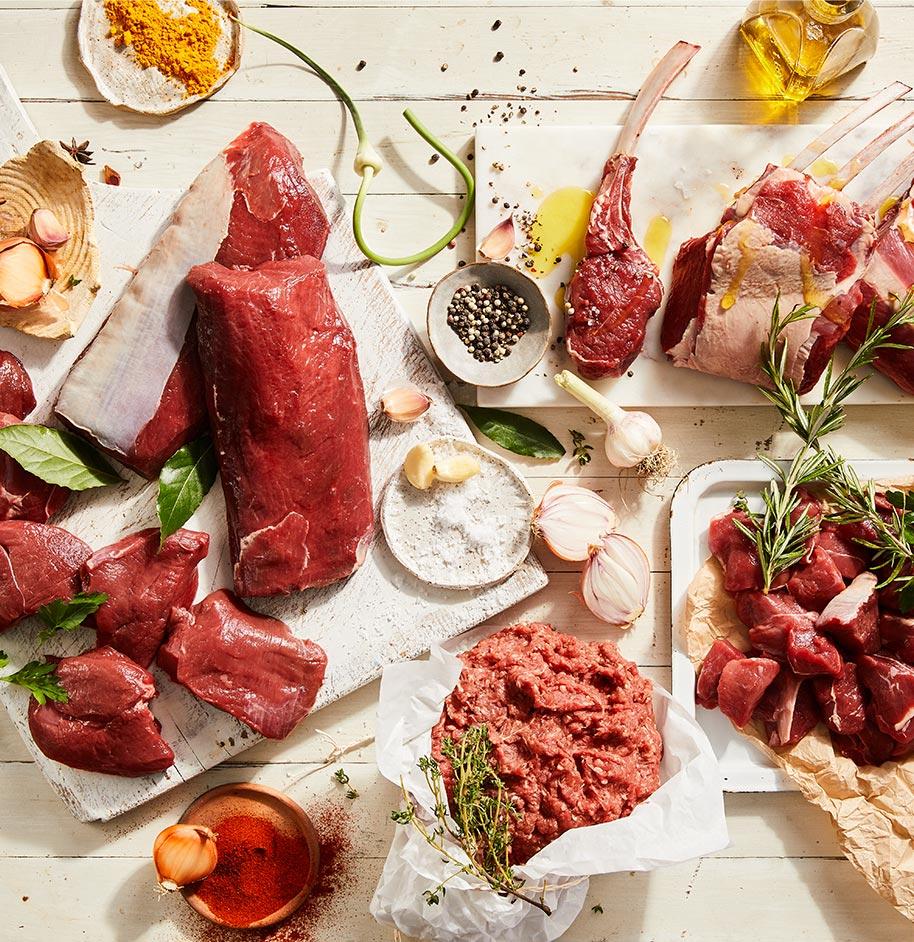 Maui Nui believes that striving to be in balance with nature supports abundance for all. By actively managing Hawaiʻi’s Axis deer populations as a food resource, they hope to inspire more place-based solutions that focus on the health of our environment, and by extension, the health of the communities and systems that it sustains.

Jake Muise was born and raised in Northern Canada. Adventurous and inquisitive, he followed his gut to Hawaiʻi for college as a D1 athlete. During his years at Mānoa, he was taken in by a Molokaʻi family which was where his relationship with Axis deer began—over holidays and summer breaks, alongside multi-generational subsistence hunters. Over the years, his fascination and respect for this animal grew and after founding a research-based non-profit, the Axis Deer Institute, he took on several projects managing Hawaiʻiʻs invasive ungulates.

Maui Nui grew out of his passion to create a full-bodied solution that saw Hawaiʻiʻs deer as both a non-native species in need of active population management as well as an incredible food resource whose sustainability and viability needed to be ensured in the long term. For Jake, hunting and environmentalism in Hawaiʻi are inseparable parts of the same set of actions and concerns.

Growing up on the small island of Moloka’i, Kuʻulani Muise was raised with a deep sense of the interconnectedness of people to place and to one another and that the health of these relationships are integral to living and thriving on an island. Befittingly, conservation and environmental activism was a family affair throughout her formative years and into the present day. After meeting Jake during one of his summers spent on Moloka’i, she worked in Archaeology until they decided to start a family.

Ku’ulani is a firm believer in the power of story and, while raising children, turned to writing and illustrative work as modes of storytelling. Within Maui Nui, she works to tell authentic stories—stories that are distinct in voice and unique to place, stories that she hopes will serve as conduits for both continuity and change. She and Jake, along with their three young children and an excessive amount of farm animals, reside in Kahua, Hawaiʻi.

Maui Nui reminds everyone that everything is connected. Properly managing the Axis deer population does more than help balance Hawaiʻi’s ecosystems, it’s good for our agricultural systems, for human health and the health of the deer themselves.